From the Everett Herald: 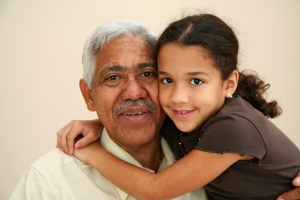 The kids are all right. And so are their grandparents. Why? Because Social Security is there — for all of us. And we can make that promise even better by making sure we all pay the same tax rate for the same guarantee.

The Social Security Trustees report shows solid funding for the next 23 years. Signed into law by Ronald Reagan, one purpose of the 1982 Social Security reforms was to build up a trust fund to fund the retirement of the baby boomers. As they retired, the trust fund would eventually be spent down. Right now, the trust fund holds $2.7 trillion and is projected to grow to $2.9 trillion. After that, it will slowly shrink, as designed. And after us baby boomers fade away, Social Security will continue to be funded through payroll taxes, as it has for much of the past 75-plus years.

We need Social Security more than ever today. Half of private sector workers work for employers who don’t have any retirement plans. Only three percent of workers in the private sector have a defined benefit pension. A typical worker between the ages of 55 and 64 with a deferred contribution account has $40,000 in that account. That’s good for a monthly payment of about $280! So the only thing that soon-to-be retirees can depend upon, without question, is Social Security.

In Snohomish County, 101,000 people receive Social Security benefits — one out of seven people. Of those, seven out of 10 are retirees over age 65; 7,000 are children who have lost a working parent or live with their disabled parent or retired grandparents; and 15,000 are disabled workers.

Altogether Social Security pumps $1.5 billion a year into the Snohomish County economy. So if you want to hobble our economy and take away a job multiplier, just start cutting Social Security benefits. Unfortunately, that is exactly what President Obama, House Speaker John Boehner, most Republicans, and some Democrats, all buried inside the Washington D.C. beltway, are proposing to do.

They are trumpeting a new way of calculating inflation called the “Chained CPI.” It’s an apt name, because it chains retirees to the edge of poverty. Most of us know at least a few Social Security recipients. Their average benefit is $1,215 a month. That’s less than $15,000 a year. Two-thirds of all retirees depend on Social Security for more than half of their retirement income. Under the “Chained CPI” proposal, if you retire at age 65 and live to 90, you stand to lose over $20,000 in benefits.

Proponents tout the Chained CPI as a more accurate index of inflation. But the fact is, the existing index already underestimates necessary cost-of-living adjustments, because it assumes seniors are buying things like iPads and cars — for which prices are falling — while not giving enough weight to the cost of drugs, health care, and housing.

Taking an already inaccurate measure of inflation and reducing it further is both immoral and irresponsible. Instead of planning back-door cuts, our leaders should be working on increasing benefits. Luckily, there is an easy way to do this: it’s called “Scrap the Cap.”

Right now we pay Social Security taxes (FICA) on all wages up to $113,700. Anything above that amount is not taxed. As more income has migrated from middle class workers to the already wealthy, a lesser amount of national income is contributed to Social Security. A simple way to solve this problem is to just “scrap the cap” — that is, get rid of the tax cap on wages, so high-income executives pay the same Social Security tax rate as the typical clerk, barista, machinist, nurse, teacher, or sanitation worker. Then those additional contributions could be used to switch to the CPI-Elderly inflation index, which takes into account the spending of retirees on health care. Sen. Maria Cantwell has proposed this very idea.

Congressman Rick Larsen, for his part, has cosponsored legislation to oppose switching to the “chained CPI” and has pledged his support for “scrapping the cap.” Rep. Larsen understands the value of Social Security, and he doesn’t just proclaim this as a campaign slogan to get votes. With more people like him and Sen. Cantwell representing us in Congress, perhaps our kids’ kids will be all right, too.

John Burbank is the Executive Director of the Economic Opportunity Institute (www.eoionline.org). He can be reached at john@eoionline.org